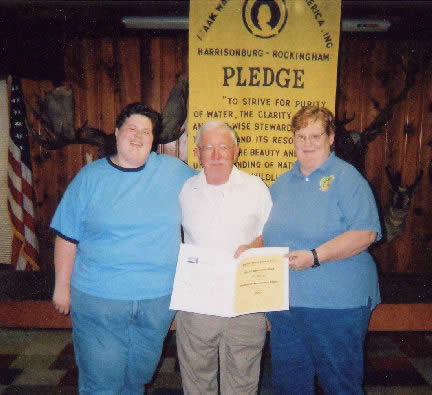 John W. Tobin was born in 1895 and was a life-long resident of Vinton, Iowa. The son of a lawyer, he joined his father and brothers' legal firm of Tobin, Tobin, & Tobin in 1917. In 1954, he was appointed District Judge for the Counties of Benton, Marshall, and Tama. He remained on the bench until 1970 when he reached the mandatory retirement age.

Active in community affairs, Tobin helped organize the American Legion in Iowa and the Lions Club in Vinton. He was President of the State Bank of Vinton.

An ardent Conservationist, in 1952 he was elected National President of the Izaak Walton League of America and in 1974 he became a member of their Hall of Fame.

In 1977, he and his wife donated their 68 acre Cedar River property to the Benton County Conservation Board. Judge Tobin died in Vinton, Iowa, at the age of 94 in 1989.

The Tobin Award was named after Judge John W. Tobin. It is presented to a member in recognition of their Outstanding Service to the Izaak Walton League of America.
Congratulations, Jon!